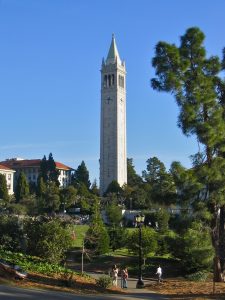 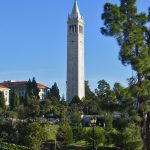 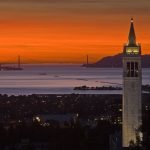 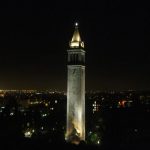 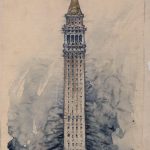 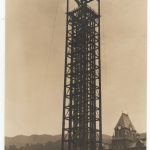 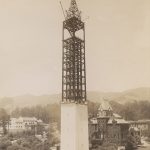 Sather Tower is a 307-foot bell and clock tower constructed in 1914 and opened to the public in 1917.  The structure is a steel braced frame cladded with granite blocks. The bell tower consists of a carillon that plays 61 bells, while the basement houses many fossils from the Department of Integrated Biology.

Sather Tower is the most recognizable landmark of the University of California, Berkeley and the San Francisco Bay Area East Bay Hills. It was designed by campus architect John Galen Howard in 1911 and was intended to be a secondary axis on his master campus plan, which was never fully realized. Nonetheless, the dubbed “lighthouse of learning” serves as the physical symbol of the university’s lofty vision and enduring contribution to California and the world.