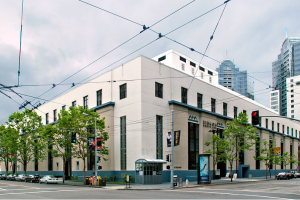 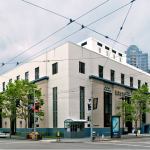 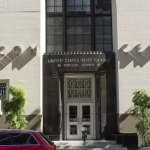 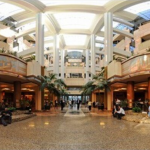 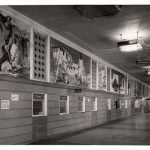 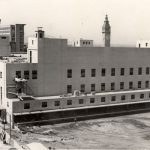 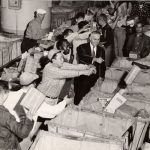 The original building was designed as a post office building in the architectural style of Streamlined Moderne, featuring nautical details such as dolphins and port-holes. The interior contains 27 murals painted by Anton Refregier. It was listed on the National Register of Historic Places in 1979 and designated a San Francisco Landmark in 1980. Its conversion and expansion in the mid-1980s from a post office to a mixed-use occupancy is an example of blending modern construction while preserving the existing look and feel of the original structure.

Rincon Center is a reinforced concrete moment frame structural originally constructed in 1939. The building was funded through the Construction Act of Public Buildings of 1936.  Special design considerations were made for the reinforced concrete structure to accommodate the extensive ventilation system necessary for cooling the building from the excess heat of 1000-1500 workers and machines on three floors. These ducts were placed in the hollow steel columns which also support 18 inch concrete floor slabs.

The renovation and extension of the building added two floors and removed the interior of the building to create an atrium that is lit by a 200-foot skylight.  The center of the skylight features a fountain made of an 8ft. square plexiglass panel with perforated holes through which water falls 85 feet to a pool level with the ground floor.  Chin and Hensolt designed the building with a ductile concrete moment frame. The renovation saw minor cracking in the plaster walls from the 1989 Loma Prieta earthquake, but no major damage.