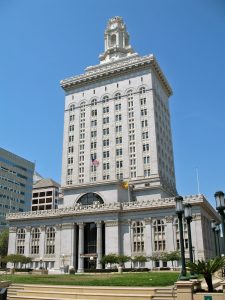 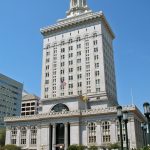 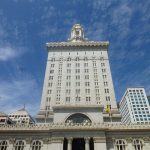 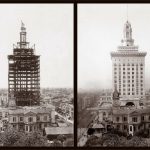 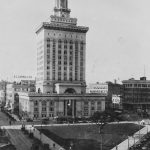 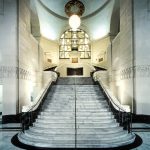 Oakland City Hall was heavily damaged in 1989 during the Loma Prieta earthquake and was closed for nearly six years as retrofit and reconstruction options were considered. Ultimately, a base isolation retrofit scheme was selected as the most cost effective and practical way to achieve the desired level of safety while maintaining the primary architectural expressions. Also, as part of the seismic retrofit, concrete shear walls and braced frames were added to the steel frame above the isolated level to increase the structural stiffness. The retrofit design went through extensive analysis and materials testing to validate the design. At the time of completion for the retrofit, which cost $85 million, it was the tallest seismically isolated building in the world. Oakland City Hall was also the first high-rise building to be retrofitted through seismic isolation.

Oakland City Hall is a 19-story, steel-framed building built in the Beaux-Arts style and was the tallest building west of the Mississippi River at the time of its completion in 1914. The building consists of a 3-story podium level, 11-story tower, and a terracotta clock tower/lantern.