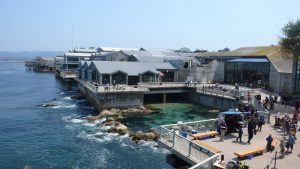 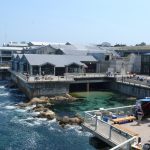 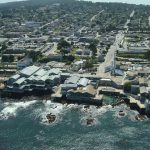 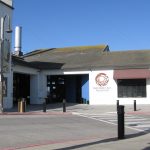 The Monterey Bay Aquarium is not only a great example of building re-purposing, but the structure itself is in impressive condition for it’s age and harsh environment. When designing the aquarium, engineers used innovative techniques at the time to combat the corrosive effects of seawater. As a result, the structure has epoxy coated rebar, dual coated aluminum ductwork, and fiberglass encased concrete piles.

The Monterey Bay Aquarium is a reinforced concrete structure that has been re-purposed from its original function as a sardine cannery into a world famous nonprofit public aquarium. The original cannery was built in 1916 and operated as the Hovden Cannery until 1972. Co-founder of HP, David Packard and his wife Lucile established the Monterey Bay Aquarium Foundation in 1978 which purchased the property and work began to turn the site into an aquarium soon after. Architectural firm Esherick, Homsey, Dodge, and Davis (EHDD) worked with structural engineers Rutherford + Chekene to transform the space into the functioning aquarium it is today while highlighting elements of it’s former life as a cannery.