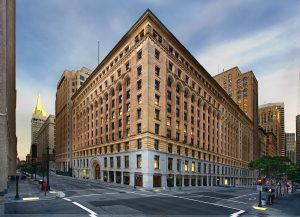 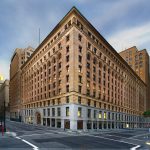 The industrial revolution and the subsequent improvements in steel production resulted in the ability to use steel frames to build high rise structures for the first time, and the new style of architecture quickly spread to San Francisco. The Mills Building was one of the first three in the city to incorporate this new building style.

The Mills Building survived the 1906 San Francisco earthquake and is widely regarded as the last remaining example of the Chicago School of architecture in San Francisco.

The Mills Building is a San Francisco historical landmark often referred to as San Francisco’s second high rise. The original building, a 10-story steel framed skyscraper, was commissioned by Darius Ogden Mills in 1891.

The building survived the 1906 San Francisco earthquake and fire with only minor damage. It was then restored by Willis Polk who also designed two additions to the structure in the following years.