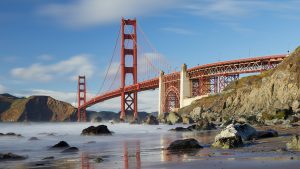 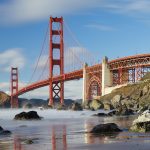 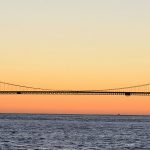 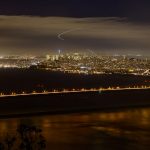 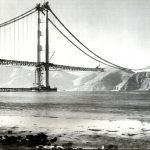 The Golden Gate Bridge is a suspension bridge spanning the mouth of the San Francisco Bay between the San Francisco Peninsula and Marin County, otherwise known as the Golden Gate Straight. The straight was so named by John C. Fremont, a soldier, explorer and future presidential candidate, in 1846 because of it’s resemblance to the Golden Horn of the Bosporus in Constantinople, now Istanbul, and because it provided a gate to trade with the Orient.

Constructed during the Great Depression between 1933 and 1937, the bridge has a main span of 4,200 feet and total height of 746 feet above the water. The engineers for the bridge were Joseph Strauss and Charles Ellis. The main cable, consisting of over 25,000 wires, supporting the weight of the bridge, is over 3 feet in diameter and the bridge contains over 1,200,000 rivets. The bridge has been undergoing seismic retrofit upgrades since 1997 and are expected to be complete by the year 2024.

The Golden Gate Bridge is one of the most recognized structures in the entire world, has been featured in numerous movies and is probably the most photographed bridge in the world.  It’s span and height are still considered an engineering marvel at the time of construction and has only recently has been exceeded through use of modern technology.