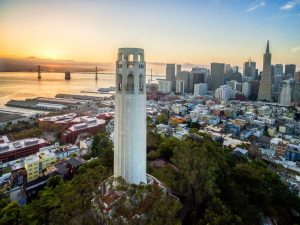 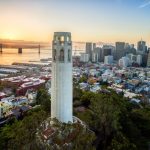 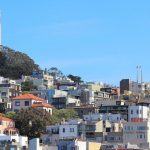 Coit Tower in the Distance 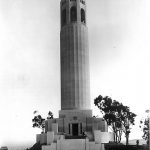 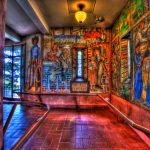 The use of reinforced concrete as a building material gained popularity in San Francisco following the 1906 earthquake and subsequent fires that devastated the city.  At the time of its completion, Coit Tower became one the tallest reinforced concrete structures in San Francisco.  Today, Coit Tower is the largest collection of Public Works Project Art in the country and is listed as a National Historic Landmark.

Coit Tower was constructed in 1933 at the bequest of philanthropist Lillie Hitchcock Coit.  The 210-foot, reinforced concrete tower is located atop Telegraph Hill, and remains a prominent feature of the San Francisco Skyline.  The structure was constructed using three “nested” concrete cylinders.  The first cylinder, reaching 180-feet in height, supports the viewing platform while the intermediate and inner shafts contain the stairway and elevator respectively.  In addition to the pleasing aesthetic of the tower, the interior of the structure features murals painted by 26 artists from San Francisco.