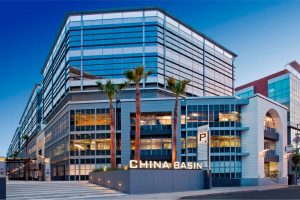 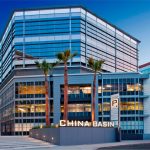 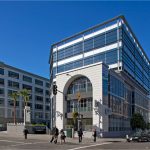 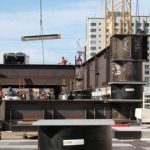 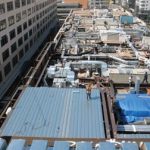 The two-story addition was constructed on seismic isolation bearings over the existing building’s roof structure, the first of its kind to be implemented in any U.S. building.  The two-story addition essentially behaves like one large tuned-mass damper, which reduces the seismic response of the existing three-story structure below. This permitted the new space to be constructed without requiring a major structural upgrade of the existing structure, thereby eliminating the need for an intrusive and disruptive retrofit construction in the currently occupied space.

A performance-based design approach was used to evaluate the impact of the addition on the existing structure. Although the original three-story structure is not expected to remain elastic with the addition, the original structure is designed to perform at a similar level of reliability against collapse that a new building would. The analysis and design was performed under strict peer reviews as required by the City of San Francisco.

The original structure opened in 1991 and is a 216,000 square-foot office facility that was designed with provisions for a light 50,000 square-foot one-story addition.  The building is 825 feet long and 110 feet wide, with two expansion joints located at approximately one-third points along the length of the structure.  The second floor, third floor, and the roof are constructed with post-tensioned concrete slabs.  The ground floor is constructed with a traditional suspended structural slab with mild reinforcing.  The columns are supported by a pre-stressed, precast pile foundation system.

A new two-story, 150,000 square-foot addition, consisting of lightweight concrete fill over a metal deck on steel framing, was constructed on seismic isolation bearings over the roof of the existing 1991 building.  The addition is a continuous, 800 foot-long structure that bridged the three, independent structures below. The HVAC equipment on the existing roof remained functional during and after construction. The stairs and elevators from the original building were extended to, but isolated from, the new floors.  All of the construction work was completed while the building remained fully occupied.