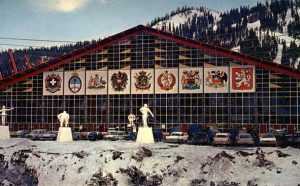 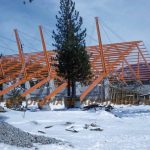 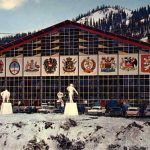 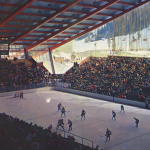 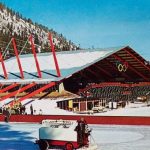 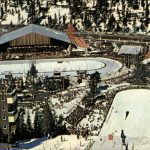 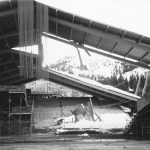 Blyth Memorial Ice Arena was an ice skating arena constructed in 1959 for the 1960 Winter Olympics. The roof consisted of wood joists and glulam beams spanning three hundred feet. The roof was a cable-stayed structure, with cables from the center of the roof span tying back to 12 steel columns and concrete anchorages on the east and west sides of the arena. The arena was named after Charles R. Blyth, an investment banker who headed the California Olympic Commission that brought the 1960 Winter Olympics to Squaw Valley.

In 1982, insulation was added to the ceiling in an attempt at energy conservation.  However, the added insulation did not allow for snow on the roof to melt.  As a result, the roof collapsed under snow loads in the winter of 1982.  It was demolished the next year in 1983 and the space now serves as the Squaw Valley ski resort parking lot.

Blyth Memorial Ice Arena was the centerpiece structure of the 1960 Winter Olympic Games in Squaw Valley, California. It hosted the opening and closing ceremonies, as well as the hockey and figure skating competitions.