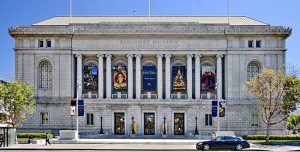 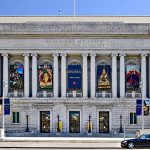 The current Asian Art Museum is a historic structure located in San Francisco’s Civic Center District and originally served as the San Francisco Main Library until 1998.  The building was closed to the public following the 1989 Loma Prieta earthquake due to significant damage.  The three-story, 185,000 square foot building composed of structural steel framing and granite walls was retrofitted to house the largest collection of Asian art in the United States, through the adaptive reuse planned by architect Gue Aulenti and enhanced seismic design by Forell/Elsesser Engineers.  The building was retrofitted with 210 base isolators, 14 strengthened and new shear walls, and other structural improvements to preserve and protect its occupants and coveted assets.

Prior to its move to the Civic Center, the Asian Art Museum was located in a wing of the M.H. de Young Memorial Museum at Golden Gate Park.  The effects of the 1989 Loma Prieta earthquake resulted in approximately $3 million in damages to precious artifacts.  As a result, strict seismic performance criteria was implemented to protect the estimated $5 billion collection of assets.  Significant efforts were made to ensure the construction sequence of the seismic retrofit preserved the historic components of the structure, including innovative shoring techniques to install the base isolators.