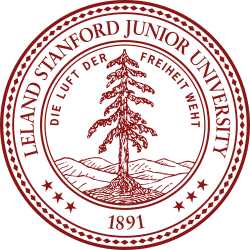 Stanford University is a private research university located in Stanford, CA established in 1891. Given the university’s location in the San Francisco Bay Area and exposure to major earthquakes, including the 1906 San Francisco earthquake, which devastated much of the campus, it shares strong ties with the structural engineering community. Much of the early research in earthquake engineering was undertaken at the university due to its proximity to earthquake hazards, with the first multi-story dynamic structural models and structural shaking instruments being developed by professors at the university. Stanford has produced and housed engineers such as John A. Blume and Helmut Krawinkler, who have contributed enormously to the development of the practice of seismic design and earthquake engineering. The university maintains strong partnerships with engineering institutes such as the Earthquake Engineering Research Institute and the Pacific Earthquake Eengineering Research Center and continues to advance the practice of structural and seismic engineering through research at the John A. Blume Earthquake Engineering Center located on campus.