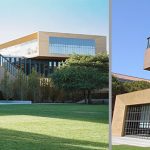 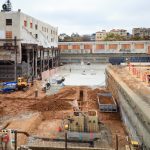 Nicholas Forell moved to San Francisco and joined the architecture and engineering firm of John Lyon Reid and Partners (later called Reid, Rockwell, Banwell, and Tarics) and became Chief Engineer. He would later start his own practice in 1960. Eric Elsesser, a San Francisco native and Stanford University graduate, worked for the firm of John A. Blume Associates in the 1950’s and 1960’s. Forell and Elsesser, longtime friends and collaborators, merged their practices in 1969. Forell served as the first President of the firm, followed by Elsesser until the early 1990’s. David Friedman was President of the firm from 1994 until 2007. Simin Naaseh is the current President and CEO of the company.