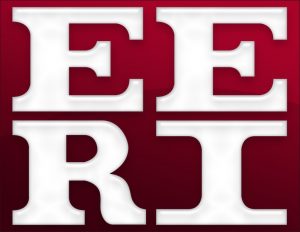 The Earthquake Engineering Research Institute (EERI) is a national, nonprofit, technical society of engineers, geoscientists, architects, planners, public officials, and social scientists founded in 1948. The organization grew out of the Advisory Committee on Engineering Seismology of the U.S. Coast and Geodetic Survey. The Advisory Committee was intended to act as a consultant to the U.S. Coast and Geodetic Survey and to aid in making their strong motion seismology research more immediately applicable to engineering problems. One of the primary goals of the committee was to encourage the U.S. Coast and Geodetic Survey to install more accelerographs in the western U.S. to capture strong ground motions during earthquakes. The committee was not successful in this effort, and as George Housner recalled, “finally, out of frustration, the advisory committee decided to form its own organization and work through it to raise funds to sponsor research projects.” EERI is now headquartered in Oakland, California.

EERI quickly became its own independent, nonprofit organization, with the purpose of studying why buildings fail under earthquake disasters, and what methods can prevent these failures. EERI provides a vital forum for communication among a wide range of earthquake specialists including researchers, practicing professionals, educators, government officials, and building code regulators. Today, the primary objective of EERI is to “reduce earthquake risk by (1) advancing the science and practice of earthquake engineering, (2) improving understanding of the impact of earthquakes on the physical, social, economic, political, and cultural environment, and (3) advocating comprehensive and realistic measures for reducing the harmful effects of earthquakes.”