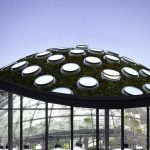 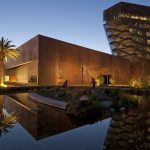 Arup was founded in 1946 as a consulting engineering firm by Sir Ove Arup in London. Right from the start, Arup was known for its close collaborations with leading architects like Renzo Piano, Richard Rogers and Norman Foster.

By 1976, Arup’s reputation had become truly global with the completion of the Sydney Opera House. By this time, the firm had opened offices in Northern Europe, Southern Africa, South East Asia and Australia. The Arup San Francisco office was founded in 1985 and was the first Arup office in the Americas.  Its breadth of expertise includes offshore engineering, acoustics, facades, and specialist skills such as impact, blast, risk and seismic engineering, to niche areas such as designing transportation containers for nuclear waste.