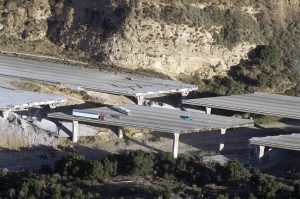 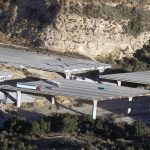 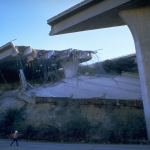 Damage to the Golden State Freeway
Source: Robert A. Eplett 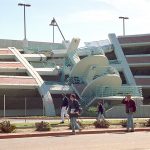 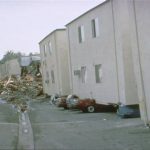 On January 17, 1994, a magnitude 6.7 earthquake occurred in the San Fernando Valley for approximately 10-20 seconds. The earthquake killed 57 and injured 8700. Property damage from the earthquake was estimated to be between $13 and $50 billion.

The devastating event has influenced the practice of structural engineering by providing real-time data on the response of structures within the vicinity.  While many structures followed prescriptive design requirements outlined in building codes, the event led to stricter requirements for ductile detailing, methods for mitigating earthquake disasters, and an increased need for new performance-based design methodologies.

Many steel moment frame buildings and bridges experienced significant structural damage at their welded connections.  Prior to the event, the only requirement for pre-qualified moment connections was that beam flanges have full penetration welds to columns.  Since then, the detailing requirements for pre-qualified connections have expanded with substantial testing data. Other requirements for seismic design include factors to account for near fault effects and redundancy factors to improve structural ductility.

The Northridge earthquake also resulted in societal impacts that have fundamentally changed the approach for disaster mitigation.  Of particular importance was the need to increase the seismic resistance of hospitals. Senate Bill 1953 provided the development of seismic performance categories for structural and non-structural components of hospitals.  The provided target performance levels required many hospitals to retrofit their facilities to improve seismic resistance. Every California hospital was required to have an intensive care unit which was earthquake resistant by January 1, 2005. Many hospitals were not compliant until 2009.

Other societal impacts include the importance of preparing communities for earthquake disasters through the development of seismic hazard maps and by providing loss estimation methods. One of the earliest guidelines for performance based design was presented in FEMA 273: Guidelines and Commentary for the Seismic Rehabilitation of Buildings, published in 1997. The document provides varying performance objectives and the establishment of multiple analysis techniques.  Since then, performance-based design has developed into an emerging field that identifies risk and increases seismic performance.