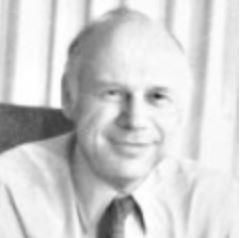 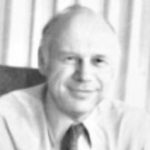 Walter Hensolt was born in 1919 in Missoula, Montana and attended the University of Montana before he moved to Sacramento, California in 1939. He then obtained a degree in architecture at the University of California, Berkeley. During World War II, he worked in the Kaiser Shipyards in Richmond, Calif. designing Troop Ships and Destroyer Escorts in Yards 3 and 4. After the war, he worked for a building contractor as a draftsman and estimator before forming Chin & Hensolt with P. Q. Chin in 1956. Chin & Hensolt is credited with many projects in the San Francisco Bay Area including the Transamerica Pyramid, Candlestick Park, Marine World USA and the St. Francis Hotel Tower. Walter was on an early retirement cruise among the Greek Islands when the Loma Prieta earthquake of October 17, 1989 occurred and postponed his retirement until his 80th birthday in 2000. He was always proud that he had the opportunity and the knowledge to design earthquake resistant buildings that people could live and work in safely.

Hensolt was a member of the Structural Engineers Association of Northern California (SEAONC) for over 60 years. This project honors Walter Hensolt and his generous donation to SEAONC by providing an appealing, narrative forum to remember all Northern California structural engineers, whose work and talents created our built environment.