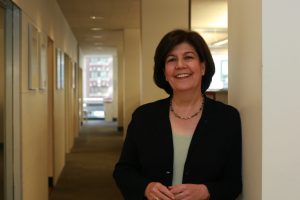 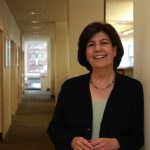 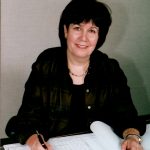 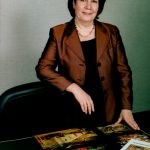 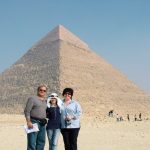 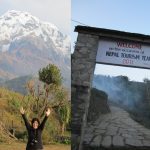 From an early age, Simin Naaseh’s parents instilled in her the mindset of “I can do this.” No matter the challenge she faced, this outlook has guided her approach and given her a calm confidence that is readily apparent. She stepped up at every opportunity, and became an outstanding leader both within the field of structural engineering and in the larger building industry. Simin recognizes that a building represents an integrated effort between every member of the architectural/engineering/construction community, and works to share that recognition. She has never lost the excitement of being part of a changing world and has, herself, become a respected leader of change. Every step of the way, she has asked herself, “If not me, then who?”

Simin grew up in Iran at a time when the built environment of the country was growing and advancing. Her desire to become involved in this transformation prompted her to pursue engineering, and she received her Bachelor’s degree in Civil Engineering in 1978 from the University of Azar Abadegan in Tabriz. During the turmoil at the beginning of the Iranian Revolution, she moved to the United States to begin graduate studies at University of Michigan in Ann Arbor. On the third day of her arrival in the country, she began classes in the structural engineering program where she was one of three women in her class. Upon graduating with her Master’s in 1979, Simin searched for a job, a task made more difficult by the stigma surrounding the Iranian community in the U.S. after the Iranian Hostage Crisis. After many responses of “Thanks, but no thanks,” she was hired by Skidmore Owings & Merrill (SOM) and started working in their Los Angeles office.

Working at SOM kickstarted Simin’s career. She was able to work with incredible people on innovative projects, and Lauren Carpenter became a wonderful mentor for Simin throughout the course of their work. The collaborative nature of an architecture and engineering firm also fostered an increasing appreciation of buildings as a whole, something she valued and expanded upon throughout her work life.

After four years at SOM, Simin decided to move to the Bay Area. While searching for a job, Forell/Elsesser Engineers (F/E). was repeatedly recommended. During the interview with Nick Forell and Eric Elsesser, they placed a set of plans on the table and asked if she could handle the project. In the calm and collected manner that defines her leadership, she said, “yes”. While the reputation of the firm drew her to F/E, the comfort and respect she felt as both an engineer and a woman inspired her decision to stay and encouraged her to thrive.

Simin’s early years at F/E provided a host of learning opportunities working with Nick Forell, including work with coupled shear walls and early concrete moment frames. The project that accelerated her career was the seismic retrofit of San Francisco City Hall after the 1989 Loma Prieta earthquake. The project, spanning eight years, provided an opportunity for both learning and leadership, and deepened her appreciation of the interrelation of each component of a structure as well as the teamwork involved. She worked closely with Eric Elsesser on the project and recognizes him as an invaluable mentor. Beginning with the damage survey, F/E developed and implemented an unprecedented base isolation retrofit solution, directed thirteen consultants, and coordinated planning and sequencing of construction. Working with Eric Elsesser, David Friedman, and Paul Rodler, Simin directed the team for the project that was widely recognized as an extremely complex, well managed, and successful project visible to the world.

By the time the San Francisco City Hall retrofit was complete, Simin had stepped into the role of a Principal at F/E. This time was a period of a balancing act in her life, with the associated challenges of wanting to grow her career, enjoying where she was, and caring for her family. As with everything she does, Simin put her whole self into each. She became involved in SEAONC committees, eventually joining the board and becoming president in 2004 and a Fellow in 2006. She also presided on the board of AIA San Francisco as a public member, continuing to work towards her goal of integrating the architecture and engineering communities. In 2007, she made a smooth transition to CEO of F/E with the mentorship of David Friedman and Eric Elsesser.

Simin led F/E with the same grace and wisdom she brings to all her endeavors, embracing roles both internal and external to the company. Her guidance brought F/E successfully through a recession as she continued to build diversity of projects and project delivery. She was an early proponent of design-build, serving on the board of the Design-Build Institute of America, Western Pacific Region. She developed an integrated skill development internship program at F/E to reflect the A/E/C industry’s move towards more integrated project delivery model. She worked to build a new leadership team, and in 2020 she stepped aside from her role as the firm’s CEO. Today, Simin continues to share her wealth of experience and skill to help guide the company and its clients in her role as a Principal and Chair of the Board.