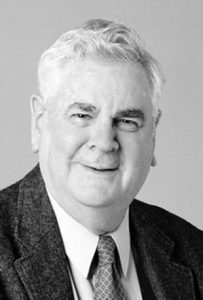 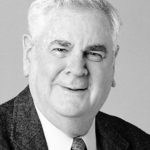 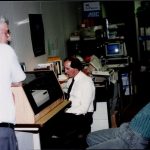 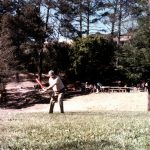 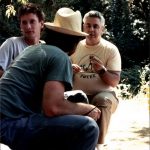 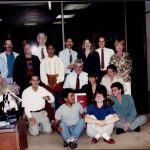 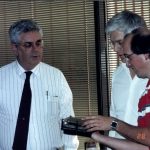 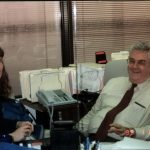 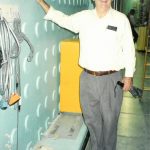 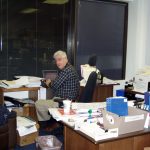 2003 Sig Freeman in his office with his Barcalounger Chair
Source: Gwenyth Searer 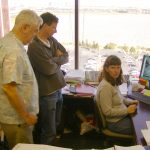 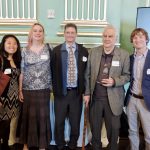 Sigmund Freeman (Sig) earned his bachelor’s and master’s degrees in civil engineering from the University of California, Berkeley and first worked for the California Department of Transportation (Caltrans) and then for John A. Blume and Associates, where he developed criteria and a methodology for predicting damage to buildings due to ground motions caused by both underground nuclear explosions and earthquakes. He conducted investigations on existing buildings, full-scale model structures in the field, and building components in the laboratory. He performed earthquake damage assessment investigations to buildings following the Alaska (1964), San Fernando (1971), Loma Prieta (1989), and Northridge (1994) earthquakes.

Sig joined Wiss, Janney, Elstner Associates, Inc. (WJE) in 1981 and served as the San Francisco branch manager from 1983 to 1993, becoming a Principal of the firm in 1993. At WJE, he worked on a variety of seismic design projects, including high- and low-rise structures and structural systems of steel, reinforced concrete, and reinforced masonry.

Sig was responsible for the development of the Capacity Spectrum Method as an analytical tool for approximating the inelastic behavior of structures subjected to strong motion earthquakes, a technique which he initially developed for the U.S. Naval Facilities Command. He introduced the Acceleration Displacement Response Spectrum (ADRS) format of plotting response spectra. The Capacity Spectrum Method and the ADRS format remain in widespread use several decades after he introduced them. Throughout his distinguished career, he participated in the development of earthquake design provisions for building codes through active participation in Applied Technology Council (ATC), Structural Engineers Association of California (SEAOC), Structural Engineers Association of Northern California (SEAONC), the American Concrete Institute (ACI), the American Society of Civil Engineers (ASCE), and the Earthquake Engineering Research Institute (EERI). He was an ACI Fellow, a Life Member of ASCE, and was appointed as a commissioner to the City of San Francisco Building Inspection Commission. He also helped develop the City of Oakland’s earthquake damage repair ordinance after the 1989 Loma Prieta Earthquake.

Sig was a brilliant structural engineer who was firmly grounded in the fundamentals of seismic behavior, seismology, and seismic risk. He had an unparalleled ability to explain complex ideas to clients and colleagues alike, and he was a generous mentor. Despite his superior knowledge, Sig was always one to seek out the opinions of others and loved to explore new ideas with his fellow associates, collaborating on many technical papers. Sig had an insatiable curiosity and delighted in clever solutions.

Outspoken when necessary, he held himself (and others) to high technical standards and was incredibly dedicated to improving the profession. His office door was always open for engineers, young and old, to discuss engineering problems as well as life in general.