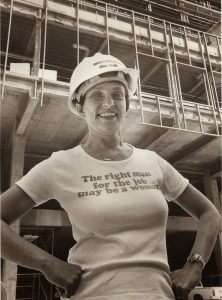 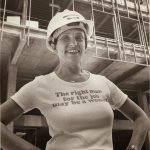 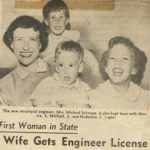 Ruth Gordon Schnapp is best known as the first woman structural engineer. After completing her master’s degree in structural engineering at Stanford University in 1950, she was hired by Isadore Thompson to oversee the construction of a hospital in southern California. Ruth became the first female member of the Structural Engineers Association of Northern California in 1953 and the first female state-certified structural engineer in 1959. She worked for the Structural Safety Section of the California Office of the State Architect from 1959 to 1984. Ruth founded Pegasus Engineering, Inc. in 1984, and conducted safety and earthquake survivability studies and post-earthquake evaluations on hospitals and schools.

Ruth remained a staunch advocate of women in engineering throughout her career. She was an active member of the Society of Women Engineers, despite resigning twice.