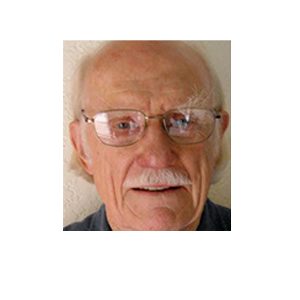 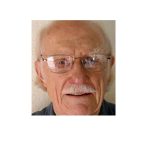 Roland Sharpe was a consulting structural engineer and lifelong advocate for seismic resistant design and construction. Born on December 18, 1923, he was the youngest of seven children in Shakopee, Minnesota where he was raised. He was studying engineering at the University of Minnesota when the United States entered World War II. Sharpe enlisted in the Marines and served in the South Pacific. In 1943, he applied for and was accepted into the V-12 program to return to college at the University of Michigan where he earned his B.S. degree in Civil Engineering in 1947 and M.S. degree in 1950.

In 1950, he and his wife moved to California joining the firm of John A. Blume Associates in San Francisco where he rose to Executive Vice President while consulting on large scale projects including the Wind Tunnel at Moffet Field, the Federal Building in San Francisco and the South Terminal at San Francisco International Airport. Sharpe was the technical director in charge of design and construction of the Stanford Linear Accelerator (SLAC) research facility from 1960-1966. His work on the SLAC project led to the position of lead design review and developer of seismic design criteria for 20 nuclear power plants for the United States Atomic Energy Commission, including extensive work on the Diablo Canyon facility near San Luis Obispo. During his 23 years at the firm he also traveled to Puerto Rico to design the Sheraton Hotel and the El Atlantico building for seismic and hurricane wind forces.

After chairing the Structural Engineers Association of California (SEAOC) committee that recommended the formation of a more efficient link between research of forces related to natural hazards and design by practicing engineers, Sharpe co-founded the Applied Technology Council (ATC) in 1973 and became its first Executive Director from 1973-1979. During that time, he initiated and directed the ATC-3 project, a landmark effort that produced the widely acclaimed ATC-3-06 report, Tentative Provisions for the Development of Seismic Regulations for Buildings. The document served as the basis for the seismic provisions of the 1988 and subsequent issues of the Uniform Building Code and the National Earthquake Hazards Reduction Program (NEHRP) Recommended Provisions for the Development of Seismic Regulation for New Buildings.

In 1984, Sharpe initiated ATC’s partnership with the Japan Structural Consultants Association (JSCA) and the two organizations jointly established the U.S.-Japan workshop series for the improvement of structural design and construction practices. Held every two to three years since then, the workshop series continues today, and now includes the involvement of participants from New Zealand.

In 1995, Sharpe was the vice chairman of the SEAOC Vision 2000 Committee that published the groundbreaking report, Vision 2000: Performance-Based Seismic Engineering of Buildings, the first attempt at defining performance-based engineering definitions and guidelines.

During his long career as a leader in earthquake engineering organizations, Sharpe authored over 200 technical papers and received many honors including SEAOC College of Fellows, Earthquake Engineering Research Institute (EERI) Honorary Member, American Society of Civil Engineers (ASCE) Distinguished Member, Honorary Fellow in the Association of Consulting Engineers of India, and the first foreign Honorary Member of the JSCA.