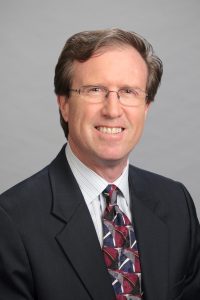 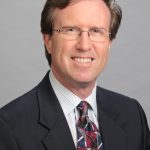 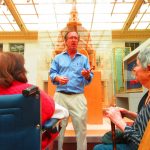 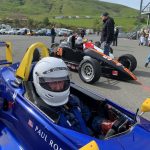 Paul Rodler’s career is defined by seizing opportunities for development – the development of himself as well as those around him. He took these opportunities with gumption, throwing himself into new situations and challenges with an openness that gained trust and respect. With this outlook, Paul became an integral member of the projects he worked on and eventually a leader in his firm and the profession.

Paul grew up in Bethesda, Maryland, far from the earthquakes of the west coast. He had an early introduction to the construction industry from his grandfather, a civil engineer who had worked on the Hoover Dam in the 1930s. For a few years during high school, Paul got a summer job at a residential construction company where he got a hands-on opportunity to learn how buildings went together.

Drawn to California by the desire to experience something different, Paul started at Stanford in 1979 determined to explore all his options before settling on a career path. He was pulled towards engineering and earned both his bachelors and master’s in civil engineering in his five years at the school. When he graduated, work was scarce, and he took a job with Westinghouse as a support engineer for a submarine base at Mare Island. About a year later, he shifted to a contracting engineering firm.

Paul started at the San Francisco branch of Skilling Ward Rogers Barkshire (SWRB) in 1985. SWRB was a small office and as a young engineer Paul was given the chance to completely take charge of the remodeling of the Kabuki Theater in Japan Town, San Francisco. This responsibility was a huge opportunity for a young engineer, one which Paul recognized and didn’t shy away from. Instead, he jumped into the project management role. He was supported by his mentor, Kent Rodgers, but he didn’t rely on others to discover solutions to the challenges that came up. It wasn’t confidence that drove this approach, rather a drive and initiative that allowed him to meet the needs at hand. This taught Paul the importance of obsessive attention to detail on complicated projects and the value of obtaining input from the experienced contractors.

As the San Francisco branch of SWRB started to dissolve, Paul sought employment elsewhere. In 1986, he interviewed with Nick Forell and Eric Elsesser. When Eric asked, “where do you see your career going in the future?”, Paul replied jokingly, “I want your job,” not knowing that one day this would be the case. He started at Forell|Elsesser Structural Engineers (F|E) soon after.

Paul’s first project with F|E was the UCLA Ambulatory Center, which he was able to take from schematics through construction. With this project, Paul showed his characteristic initiative and self-sufficiency that pushed his career forward at SWRB.  In 1989, Paul started work on the design of the San Francisco Museum of Modern Art (SFMOMA). Here, he had to constantly collaborate with the architecture and construction teams, including the primary architect, Mario Botta. Between these interactions and the mentorship of Nick and Eric, Paul learned how to guide architectural decisions to improve project feasibility – how to collaborate to develop a constructible result. He gained a sensitivity towards the needs of other disciplines and clients and carried this experience forward to future projects.

The next monumental project that Paul worked on after SFMOMA was the San Francisco City Hall Retrofit.  The building had been damaged during the Loma Prieta earthquake and needed a significant retrofit to prepare it for any future seismic events. It was determined that base isolation was the only method of preserving the historic fabric of the building, although it was still a novel system for retrofit work (only preceded by F|E’s retrofits of the Utah State Capitol Building and Oakland City Hall) and not yet incorporated into building codes. In summary, it was a unique retrofit outside of code coverage, facing innumerable uncertainties and unknown conditions, and all at a massive scale. It amounted to an epic undertaking that most engineering firms would prefer to stay away from, but F|E took on the challenge and Paul was the boots on the ground during construction. Typically, even for large scale projects, the structural engineer may only visit the construction site a few times in a month. But due to the complexity of the project, Paul was on site three days per week and worked with the contractor to develop solutions to the almost continuous flow of unforeseen circumstances. He had to solve immediate problems, under the eyes of the construction crew and with pressure to keep the project moving forward. Paul’s practical understanding of the scope and scale of the project aided him in developing extraordinary trust with each of the teams involved in the retrofit. This trust was integral to the success of the project – it fostered the recognition that everyone was working towards the same goal and needed each other to reach it.

After this success, Paul sought to develop the same type of relationships in the rest of his projects, as well as within his firm. His honesty and commitment to positive development contributed significantly to his leadership role at F|E. While the retrofit of San Francisco City Hall was underway, Paul became a principal at the firm, and he embraced this ability to affect change. He grew his role into the principal in charge of technology, launching a continuing effort to keep the company at the head of new developments.

In 1997, David Friedman took over leadership of the firm and started grooming Paul and Simin Naaseh as the next leaders. In 2005, the leadership transition was finalized, and Paul took over as COO of F|E. With this, he set off a shift in how the finances of the firm were shared and understood, bringing the firm through a recession and guarding against future financial challenges. He saw his job as a responsibility to institute positive change in the company. To him, this was a fascinating and rewarding challenge. Much like the retrofit of an existing building, each day presented a new opportunity for growth.

The entire F|E leadership team worked together to support the next leadership transition, and Paul seamlessly stepped away from the role of COO in 2020. His leadership helped successfully push the firm forward. His same openness and honesty that gained trust on projects was applied to how the firm was run, developing a culture of transparency which F|E continues to build on today. Throughout his career, he contributed to numerous projects, including retrofits of the Asian Art Museum (2006) and Cicil H Green Library at Stanford (1990), the renovation of the San Francisco Olympic Club (2002), and the Kaiser Napa Data Center (2007). Outside of the profession, Paul is an avid race car driver and mechanic, whose daughters both know how to change a car’s brakes.