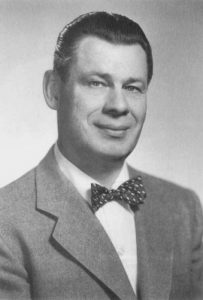 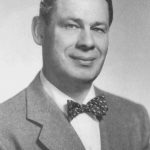 Michael V. Pregnoff was born in 1900 in Russia and studied engineering at the Polytechnic Institute of Vladivostok. He left for the United States during the Russian Civil War and arrived in San Francisco in 1922.  He started his first engineering job at C.H. Snyder and the firm became Hall and Pregnoff.  The firm name would evolve to become Pregnoff & Matheu, and then  Pregnoff, Matheu, Kellam and Beebe.

Michael Pregnoff was the principal author of the 1953 “Report on Structural Stability of Certain Old School Buildings in the Oakland Unified School District”.  The report used a system of ratings for buildings categorized as Good, Fair, Poor, or Very Poor.  These ratings reflected Pregnoff’s judgment of the expected extent of damage, ranging from Negligible, Some, Considerable, Great, or Very Great with respect to modified Mercalli earthquake intensities of VII, VIII, IX, and X.  This rating methodology would later be adopted as the University of California Seismic Safety Policy in 1975 and still serves as the basis for the University’s seismic risk mitigation work today.

Michael Pregnoff was also the chair person of the deflection of concrete structures subcommittee for the American Concrete Institute (ACI).  He led a study of recommended standards for evaluating drying-shrinkage properties of concrete members.