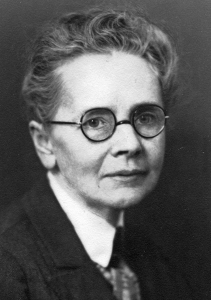 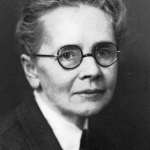 Julia Morgan graduated from the University of California, Berkeley in 1894 in civil engineering as the only woman in her class. With advice from her professor, Bernard Maybeck, she continued her education at l’École nationale supérieure des Beaux-Arts in Paris where she became the first female student accepted. She then returned to the San Francisco Bay Area to become the first female licensed architect in California and began her career under John Galen Howard.

Despite her talents and accomplishments, Morgan was paid less than any other man on Howard’s staff. This resulted in Morgan leaving and opening her own firm in 1904, making her the first American woman to have a full-time architecture practice without a male partner. Over her 52-year career, Morgan designed more than 700 buildings, and holds the record for total completed structures designed by a single American architect. Her success was recognized in 2014 with the AIA Gold Medal and is the first female architect to receive the award.

Due to Morgan’s structural background, she not only provided an aesthetic architectural design, but also implemented the highest level of structural design at the time. Diagonal sheathing and bracing is seen in her residential work and she was also an early proponent of reinforced concrete. Many of her building have lasted though numerous earthquakes with minimal damage, including Hearst Castle during the 2003 San Simeon earthquake.