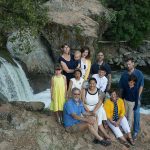 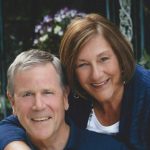 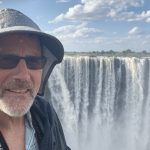 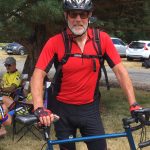 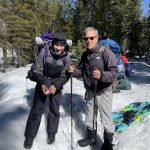 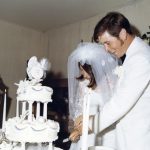 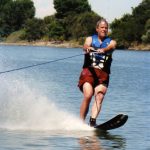 Joseph Sutton was born and raised In Eureka on the Northern California coast.  His parents were hard-working, middle class folks who taught him a solid work ethic which he carried on from his education in a small Catholic school which inspired him to pursue math and science.  Joe went on to the University of California at Davis where he earned his B.S. in civil engineering in 1972. A  year later he completed his M.S. at the University of California, Berkeley studying under Alex Scordelis, Egor Popov, Ed Wilson, Vitelmo Bertero, Boris Bresler, Frank Baron, and many of the other academic greats at the time.  Along the way, he married Suzette, his wife of 50 years. Together they had two sons and twp daughters over a 16-year span and made their home in San Francisco.

Joe began his career working for a small firm in Modesto.  However, small town living was not his destiny.  During the mid 1970’s thru the 1980’s, Joe worked for Forell/Elsesser Engineers under Nick Forell and Eric Elsesser, Rutherford + Chekene under Peter Bank and Hal Davis, and PMB (formerly Pregnoff & Matheu). For over ten years, Joe was mentored by Ken Beebe, who not only taught him excellent structural design but also good business practices.  In 1986, Joe and his partner, Bill Dasher started DASSE Design Inc.  In its 23-year history, DASSE grew to a firm of over 70 with projects throughout the Northwest and including major healthcare buildings, university and community college facilities, K-12 campuses, corporate campuses serving the microelectronics as well as biotechnology industries and computing centers and data farms. Joe and Bill built the success of their firm on client service, treating employees with respect and a strong spirit of teamwork.

Some project highlights of Joe’s career include:

Joe became a member of the Structural Engineers Association of Northern California (SEAONC) and the Structural Engineers Association of California (SEAOC) in 1974.  Over the next two decades he served on a variety of committees including Seismology, Existing Buildings, Construction Practices and Professional Practice.  In 1995, Joe chaired a committee of business leaders in our profession which ultimately resulted in the formation of the SEAONC Business Forum with Joe as its first chair.  He was subsequently elected as a SEAONC Director in 1996 serving as its Treasurer until he was elected Vice President in 1998 and President in 1999 continuing to serve on the Board until 2001. Joe also served on the SEAOC Board from 1998 until 2001 as its Treasurer.

In 2005, Joe was asked by the SEAONC Board to serve as chair of an ad-hoc committee to spearhead a media effort to promote structural engineering using the centennial of the 1906 San Francisco earthquake as an opportunity.  Working with a strong group from the structural engineering community, the committee was able to gain excellent exposure though print, radio and television throughout late 2005 and well past the centennial on April 18, 2006.  Joe’s efforts were recognized later that year when he received the Edwin Zacker Award for service to SEAONC and in 2007 he was recognized as a Fellow member to the association.

In 2009, Joe Sutton and Bill Dasher merged DASSE with Thornton Tomassetti, a large structural engineering firm based in New York City with a dozen offices world wide.  The firm has since grown with major projects and ultra tall buildings throughout the world.  Joe retired from full-time professional practice in 2013 and has continued to consult as a structural engineering expert serving insurance companies and attorneys.  He is also part of a group of experts utilized by the Board of Professional Engineers, Land Surveyors and Geologists (BPELSG).