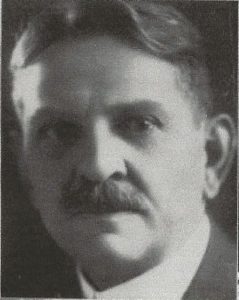 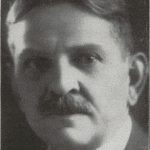 John B. Leonard was born in Union City, Michigan in 1864 during the Civil War and was college educated at Michigan State, Illinois University and the University of Michigan before moving west in 1888. After time in San Diego and working in Los Angeles for the municipal engineering department, he settled in San Francisco where he would remain for the rest of his life. Beginning in 1889, he was employed performing iron and steel drafting and civil engineering design for firms, including the American Bridge and Building Company, Bay City Iron Works and the Southern Pacific Railroad. But it was in the emerging field of reinforced concrete design that Leonard would make his largest contributions in design and educating others of the benefits of designing with the new material system.

In 1897, Leonard had started his own business in concrete contracting, but growth in the use of reinforced concrete design stalled as Ernest Ransome moved away and George Percy passed on, two early proponents of the system. From 1900 to 1903, he was employed by Healy, Tibbetts and Company in San Francisco specializing in the design of wharves, bridges and railroads. In 1904, Leonard opened his practice as a consulting civil engineer. At this time he landed his first bridge commission. The Truckee River Bridge, completed in 1905, is two-span reinforced concrete arch bridge in Reno where it still stands today. Based on the success of his first design and selling the advantage of long term durability of reinforced concrete compared to steel, Leonard was engaged to design several other bridges in California, including the San Joaquin River Bridge at Pollasky near Fresno. The bridge had ten 75-foot arch spans and the overall length made it the longest reinforced concrete bridge in the United States.

At this time he also was hired by architect Charles Whittlesey to design the nine-story Temple Auditorium in Los Angeles entirely out of reinforced concrete. The building was 165 feet by 175 feet in plan with long balcony cantilevers for open sight lines. The auditorium sat 3,500 people and at the time of its completion was the largest all reinforced concrete building in the world.

From 1905 to 1912 John Leonard was an associate editor for The Architect and Engineer magazine, where he openly stated his support of and pushed for the advancement of reinforced concrete construction particularly in San Francisco where an ordinance prohibited its use as a building system.

In 1928, Leonard was appointed Chief Building Inspector for the City of San Francisco as recommended by Mayor James Rolph and City Engineer Michael O’Shaughnessy. In 1934, he retired from the position just prior to serving two terms as the President of the Structural Engineers Association of Northern California. For the rest of his career he was involved in building code development including the first Uniform Building Code in 1927 and serving as a leader on many other professional organizations. Because of his leadership, advocacy and the reinforced concrete principles published in his 1913 work with partner W.P. Day, The Concrete Bridge ranked John B. Leonard as one of the most influential engineers in Northern California history.