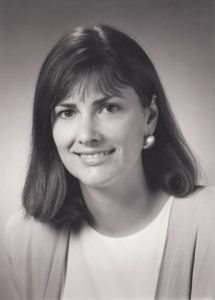 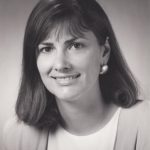 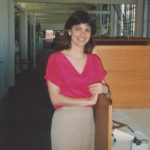 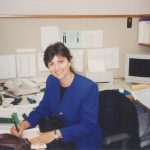 Janiele Maffei grew up in the East Bay where she attended the first all-girl high school in Contra Costa County that had opened a few years prior to her enrolling there. She quickly developed an interest in the math and science subjects, and was thrilled to have an opportunity to learn drafting as an elective at the all-boy high school across the street. This class inspired Janiele to study Architecture at the University of California, Berkeley, where she received an A.B. degree in 1978. Though she enjoyed the concepts of architecture, Janiele knew that structural engineering was her passion. While working towards her Architecture degree, Janiele also studied Structural Engineering, and later received her M.S. in Civil Engineering from U.C..Berkeley in 1980.

The turning point in Janiele’s career was when the 1994 Northridge Earthquake occurred in Los Angeles. At the time, she was working as a consultant and traveled to the impacted area to review several local homes to gauge the seismic damage that had occurred due to the earthquake. Quickly, she discovered how much she enjoyed doing this work. She appreciated the opportunity to meet, interact, and eventually help several homeowners that were worried for their family’s safety. She preferred to work on seismic retrofits for residential homes because it allowed her to make a direct, positive impact to the people living there. Her new goal and passion was to “make California homes more resilient to earthquake damage,” and she knew that she would return to this work later in her career.

Janiele is licensed as both a Civil and Structural Engineer in California where she has worked on several different projects ranging from new construction to seismic evaluations and retrofits. She worked at Degenkolb Engineers for most of her early career, as well as Forell/Elsesser Engineers for a year. Through these experiences, Janiele built several strong, professional relationships with her colleagues and clients. When Janiele started her family, she decided to open her own firm, Janiele Maffei Structural Engineer, in order to have more flexibility in her schedule. She was a pioneer for work/life balance, wanting to continue to be productive as a consultant while having the time to be available for her family at home. Through the relationships she developed at her previous office experiences, she worked as a consultant for seven years.

Janiele decided it was time to start something new after choosing to close her own practice. She wanted to return to the passion she discovered during her home evaluation work after the 1994 Northridge Earthquake. She became involved with the California Earthquake Authority and was given the Chief Mitigation Officer role in May 2011. She later became the Director of Research in 2015. She managed the California Residential Mitigation Program (CRMP) and helped start the first retrofit incentive program, Earthquake Brace and Bolt (EBB). The pilot program for EBB started in 2013 and it involved using grants provided by FEMA to seismically retrofit California homes. This small pilot program was so successful that it quickly escalated to helping thousands of homes a year. To date, EBB has helped more than 13,000 California homeowners seismically retrofit their home to become a more resilient structure. Janiele is proud to be doing this work and she is happy to help families live in more resilient housing.

In addition to working with the EBB incentive program, Janiele has volunteered to be involved in several organizations, including SEAONC and EERI. She was a part of the SEAONC Board of Directors from 1995-1997 and later became the SEAONC President from 2019-2020. Her outstanding service in SEAONC was highlighted when she received the SEAONC Fellow Member award in 2017. Prior to becoming SEAONC’s President, Janiele was also a prominent figure in EERI. She was the President of the EERI Northern California Chapter from 2010-2011 and an EERI Board of Director from 2012-2017, including terms as EERI Secretary and Treasurer.

Janiele has a passion for sharing her knowledge about the profession to other members in the community. She has been a frequent speaker at California colleges and universities through the EERI Visiting Professionals Program. She has regularly spoken at U.C. Berkeley, and was honored the Distinguished Alumni award in 2016 by the Civil and Environmental Engineering Department. Janiele has also shared her knowledge of earthquake engineering through her involvement with the Hayward Fault Scenario. Through this program, Janiele has presented to Californians about the risks of being located near the Hayward Fault and she has encouraged homeowners to consider risk reduction programs like EBB.

During her career, Janiele found a balance between working hard, finding a passion and immersing in it, while still being actively present with her family. Her work in making California homes more resilient has impacted thousands of people throughout the state. Janiele looks forward to continuing this work and positively impacting even more people in the future.