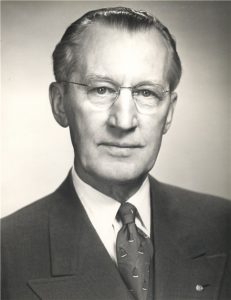 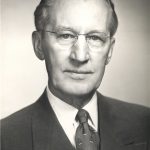 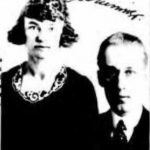 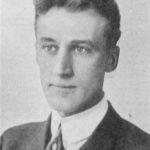 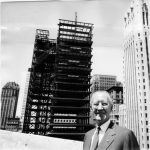 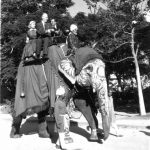 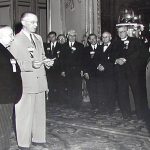 Henry Brunnier was born on a farm near Manning, Iowa on November 26, 1882. He was the first member of his town to go to Iowa State College where he graduated in 1904 with the degree Bachelor of Science in Civil Engineering. Brunnier’s talent as a pitcher had him considering a career in professional baseball while working at his first engineering job in Pittsburgh. He spent his weekends playing semipro ball, but ultimately rejected a contract offer from the Pirates to pursue a career in engineering.

The 23-year-old Brunnier arrived in San Francisco on May 4, 1906 just two weeks after the massive 1906 earthquake and fire. He was on loan from his employer the New York Edison Company to the firm Ford, Bacon and Davis, Engineers for United Railroads. His job was to help rebuild the streetcar system that had been destroyed by the earthquake and fire. Seeing the opportunity to provide consulting engineering services to help rebuild the devastated city, he opened his own practice on June 1, 1908. He remained in San Francisco for the next 63 years, establishing an engineering firm that helped design many of San Francisco’s most prominent buildings and landmarks.

Among his first commissions were marine structures, Brunnier designed part of the sea wall along the Embarcadero and later the Santa Cruz Wharf. Another early project was the structural design of the nine-story Sharon Building across the street from the Palace Hotel, where he relocated his firm after it was completed in 1912 and where his firm remained for the next 100 years.

In his firm’s early years, Brunnier entered into a long and rewarding partnership with George Kelham, one of San Francisco’s foremost architects. From the 1910’s to the 1930’s, the office performed structural engineering for many of Kelham’s buildings, including the San Francisco Public Library (now Asian Art Museum), Standard Oil Building (225 Bush Street), Federal Reserve Bank Building, Shell Building and Russ Building (which, until 1964, was San Francisco’s tallest skyscraper). Kelham and Brunnier also designed the Mount Davidson Cross, built in 1912, and the first four buildings on the UCLA campus.

Brunnier, the former baseball player, also worked with Kelham to design Seals Stadium, home of the minor league San Francisco Seals (Joe DiMaggio’s first team). Located at 16th and Bryant Streets, Seals Stadium was acclaimed the finest minor league facility in the United States and was the first minor league ballpark to be designed with lights for night games.

Henry Brunnier served on the five-member board of consulting engineers who supervised the design of the San Francisco – Oakland Bay Bridge, constructed between 1933 and 1936. He was selected for the board not only for his engineering expertise but also for his ability to address audiences and gain public support for the project.

In 1940, the United States Navy awarded Brunnier a contract to design a submarine base in Panama. Many experienced engineers were reluctant to travel to Panama, so Brunnier recruited several recent engineering graduates to work there. Four of them, Herbert Lyell, Stanley Teixeira, Charles DeMaria and Andrew Stevens later formed the nucleus of the San Francisco firm in the post-war era, along with Melvin Klyce and longtime Chief Engineer Henry C. Powers, who was eventually succeeded by Lyell.

Following World War II, the office was responsible for the structural engineering of many of San Francisco’s most prominent corporate headquarters and offices. These include the 52-story Bank of America World Headquarters (555 California Street), the 22-story Crown Zellerbach Building, a 22-story addition to the Standard Oil Building, the 34-story PG&E Headquarters, the 22- and 40-story Chevron office towers on Market Street, the Golden Gateway Center, the Fairmont Hotel tower and the 30-story California State Automobile Association headquarters.