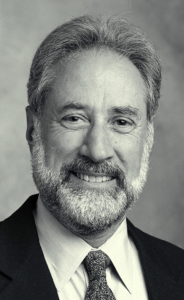 Eric’s structural engineering career reflected his passion for innovation and creativity in integrating the disciplines of structural engineering and architecture through building configuration and the collaborative design process. He was skilled at imparting engineering knowledge to students at his alma mater, Stanford University, and to others at professional forums. Never officially retiring, he was active professionally until cut short by his final illness.

A native San Franciscan, Eric graduated from Stanford University in 1956 and began his engineering career with John A. Blume Associates in San Francisco. In 1960 he opened his own practice where one of his first major projects was the award winning St. Francis Square housing development (Marquis & Stoller, Architects). In 1962 he was joined in practice for two years with Ephraim Hirsch, then followed by Fred Willsea. In 1969, he and Nicholas Forell opened Forell/Elsesser Engineers. Eric was a skilled mentor at his firm and also influenced the professional community. He served on the Seismology Committee of the Structural Engineers Association of Northern California (SEAONC) during the formative years of seismic code development.

In addition to his skill in developing structure framing solutions and his analytical mastery, both manual and computer based, he took great pleasure in building and using physical and computer models to illustrate building behavior to his staff, at Structural Engineers Association of California (SEAOC), American Society of Civil Enegineers (ASCE), Earthquake Engineering Research Institute (EERI), and American Institute of Architects (AIA) technical presentations and, most importantly, to his clients. He was an avid student of architecture and engineering history which influenced his solutions for his structures.

Eric was the cutting-edge innovator in the advancement of seismic base isolation as an seismic-force-resisting system. With his partners and with the entire structural community, he was at the forefront of implementing other seismic protective systems such as eccentrically braced frames and supplemental active viscous dampers for steel moment frame buildings.
His contributions to the built environment consist of numerous complex new building projects and a large number of important historic building renovations and seismic retrofits. Among the new buildings are the San Francisco State University Student Union Building, the United States Geological Survey (USGS) Federal Building in Menlo Park, the San Jose Courthouse and Federal Building, the San Francisco Museum of Modern Art, and the San Francisco State Office Building at the Civic Center complex. Historic landmark seismic retrofits utilizing base isolation include the Salt Lake City and County Building (a first), Oakland City Hall, and San Francisco City Hall. Other major retrofit projects include the Pacific Gas and Electric Company headquarters building, the Pasadena City Hall, and the Asian Art Museum.