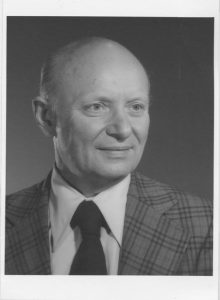 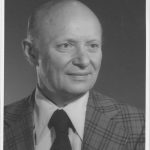 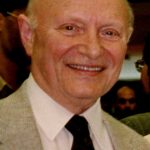 Egor Popov was born on February 6, 1913, in Kiev, Ukraine and emigrated to the United States in 1927.  He received his Bachelor of Science from the University of California, Berkeley and Master of Science from the Massachusetts Institute of Technology.  His doctoral studies began at the California Institute of Technology in 1935 but were finished at Stanford University in 1946 where he studied under Stephen Timoshenko.  He was a practicing engineer between 1937 and 1945 in Southern California, during which he worked for public and private entities and received his registration as a professional mechanical engineer and structural engineer.

He joined the Berkeley faculty in 1946, where he introduced graduate mechanics courses to the civil engineering curriculum and is responsible for creating a division of structural mechanics within the civil engineering department.  His theoretical and experimental research focused on the seismic response of concrete and steel structures.  One example of Popov’s research includes the work he and Henry J. Degenkolb did in the conceptual development and testing of eccentrically braced frames.  His research also included the development of theoretical methods to predict the buckling behavior of shell structures such as water tanks and airplane hangars.

Popov made numerous publications throughout his career including widely used textbooks such as Mechanics of Materials and Introduction to Mechanics of Solids and technical papers on Nonlinear Mechanics.  His contributions to the structural engineering field were highly significant, and he was elected to the National Academy of Engineering in 1976, recognized as Top Seismic Engineer of the 20th century by the Applied Technology Council, and received numerous awards that aptly reflect his structural engineering legacy.