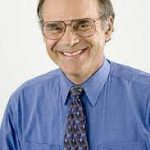 Chris Poland’s structural engineering career spans over 44 years and includes a wide variety of new design work, seismic analysis and strengthening of existing buildings, structural failure analysis, and historic preservation. As an internationally recognized authority on earthquake engineering and a passionate seismic safety advocate, Poland has held numerous local and national leadership positions including past Chair of the Advisory Committee to the National Earthquake Hazards Reduction Program, and Chairman of the Advisory Committee on Structural Safety of Department of Veterans Affairs (VA) Facilities. As Chair of the 100th Anniversary Earthquake Conference in San Francisco in April 2006, he shared the stage with California Governor Arnold Schwarzenegger and Senator Dianne Feinstein in an internationally covered event that brought the nation to think proactively about earthquake danger. He served as the Chair of the American Society of Civil Engineers Seismic Rehabilitation of Existing Buildings Standards Committee completing both ASCE 31 and ASCE 41, standards for the evaluation and rehabilitation of existing buildings that are used worldwide. He served on the Board of Directors for SPUR, co-chairs their Resilient City Initiative and lead the publication of “The Disaster Resilient City”. Poland also served on the Board for the San Francisco Chamber of Commerce and was the co-chair the San Francisco Lifelines Council with City Administrator Naomi Kelly. .