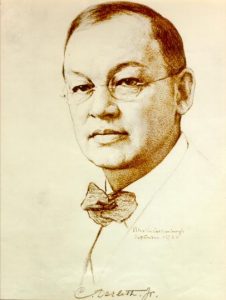 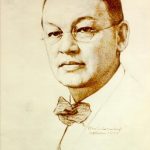 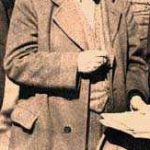 Charles Derleth Jr. received a B.S. from City College of New York in 1894 and a Civil Engineer degree from Columbia in 1896. After a few years as an instructor at Columbia, he was appointed Associate Professor of Civil Engineering at the University of California, Berkeley in 1903. He investigated the 1906 San Francisco earthquake extensively and published many reports. In 1907 he became Dean of the College of Civil Engineering at UC Berkeley, which he held until 1930 when the College of Civil, Mechanical and Electrical Engineering were merged into the College of Engineering.  He then served as Dean of the College Engineering from 1930 until 1942. He was Chief Engineer for the first Carquinez Bridge in 1927, then the longest cantilever bridge west of the Mississippi River (now demolished). He served on the Board of Consultants for the Golden Gate Bridge, the San Francisco-Oakland Bay Bridge, the Caldecott Tunnel, Hetch Hetchy Dam and reservoir, the Posey Tube to Alameda and many other bridges and dams.  He also consulted on many UC Berkeley buildings during his tenure at the university.