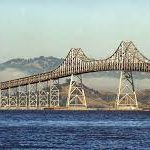 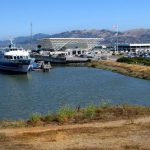 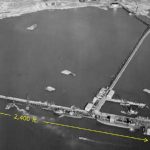 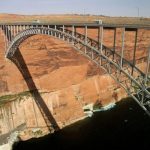 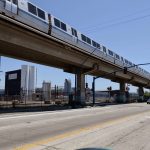 Austin Willmott Earl was born in Canada in 1881. In 1940, he was 59 years old and lived in San Francisco, California, with his wife, Blanche, son, and 2 daughters. Austin Earl was SEAONC President in 1939.

Earl designed and engineered many San Francisco Bay Area, United States Army and Navy port and harbor constructions from 1935 – 1950 at the Mare Island Naval Shipyard and other bay sites which accelerated during World War II. He formed a partnership with Henry Dievendorf Dewell and they provided civil and structural engineering services as Dewell and Earl Consulting Engineers from 1932 to 1940. In 1940, Earl promoted their employee, Jonathan G. “Buzz” Wright to Partner, and they formed Earl & Wright Consulting Engineers. After 1940 to his death in 1965, he worked with Jonathan G. Wright. The company was based in San Francisco and the partners advertised that their company specialized in engineering earthquake-resistant structures and engineering construction means and methods.

The majority of construction costs was in two contracts that opened for bidding on December 19, 1952. The first contract, for the substructure, was awarded to the low bidder, the Ben C. Gerwick, Inc. — Peter Kiewit Sons’ Co. Joint Venture for $14,234,550 (equivalent to $136,000,000 in 2019). The second contract, for the steel truss bridge superstructure, was awarded to the low bid of $21,099,319 (equivalent to $201,600,000 in 2019) by a joint venture between Peter Kiewit Sons’ Co. — A. Soda & Son — Judson Pacific Murphy Corp. The substructure construction moved rapidly, with an estimated 45% of piers completed approximately a year after the contract was awarded. At the time the bridge was completed, it was the world’s second-longest bridge, behind the San Francisco–Oakland Bay Bridge and the longest continuous steel bridge.

Following this port and wharves work, the firms focus shifted to shipbuilding, offshore oil production structures near Santa Barbara, semi-submersible oil exploration vessels, and structure steel towers (jackets) for oil platforms in California and Alaska. In 1968, Earl & Wright became a subsidiary of Bill Clement’s Houston Texas company, Southeastern Drilling Company (SEDCO). Following the collapse of the semi-submersible exploration vessel SEDCO 135B in 1965, Earl and Wright modified the design of Friede & Goldman’s SEDCO 135 series vessels and designed the industry prototype four vertical columns over two floatation pontoons. Bill Martinovich, at E&W, developed the SEDCO 700 series of ocean drilling vessels. The SEDCO 703 and SEDCO 706 were completed at Kaiser Steel’s, Vallejo shipyard in 1976. In addition to design for the parent company, other semi-submersibles were designed, such as the Rowan Midland and E&W improved the Penrod Drilling vessels design after a structure failure in 1977. The drilling ship SEDCO 445 was also designed by Earl and Wright in collaboration with SEDCO and Shell Oil Company. The 445 was the first offshore oil drilling vessel to use azimuthing thrusters to dynamic position the rig to stay on station over an offshore oil field drilling site. Existing drilling vessels used two anchors and lines at each corner column, winches, and mooring lines to maintain position over a drill site with winds, waves and current constantly moving the vessels.